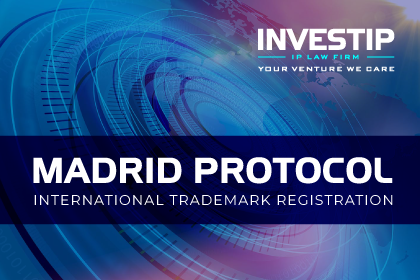 The purpose of international registration process is to create maximum convenient conditions for trademark owners, allowing them to register trademarks in multiple jurisdictions (contracting parties) with a single, uniform application filed through a centralized filing system administered by the WIPO International Bureau. Under this process, countries/territories together form an alliance, in which the owner of a mark as a member country (or Contracting Party) can register trademark in some countries of the alliance or all of them. This registration process bases on: The Madrid Agreement on the international registration of trademarks (taken effect since 1891); The Protocol Relating to the Madrid Agreement (adopted in 1989, entered into force on December 1, 1995) and the Regulations on the Implementation of the Agreement and Protocol (entered into force on from April 1, 1996) – collectively referred to as trademark registration under the Madrid system. Vietnam has joined the Agreement on March 8, 1949 and the Protocol on July 16, 2006. The international registration process under the Madrid system with its time-effectiveness and cost-saving has encouraged trademark owners for establishing trademark rights in member countries in general as well as in Vietnam.

1. The method of calculating time limit according to Decree No. 103/2006/ND-CP detailing and guiding the implementation of a number of articles of the Intellectual Property Law on industrial property and the 2011 Law on Complaints

Before January 15, 2018, once receiving WIPO’s notice of provisional refusal of a designated mark in Vietnam, the applicant had the right to proceed with an appeal procedure against the provisional notice. The time limit for responding would be started counting from the date WIPO notified the applicant or the date the applicant received/knew about the notice of WIPO – (3) Date of notification by WIPO to the holder. Applied provisions were Clause 4, Article 14 on complaints and settlement of complaints related to the registration of industrial property rights – Decree No. 103/2006/ND-CP regulating expenses detailing and guiding the implementation of a number of articles of the intellectual property law on industrial property and Article 9 – Statute of limitations for complaints – Law on complaints 2011. Specifically:

Clause 4, Article 14 of Decree No. 103/2006/ND-CP – Article 14.- Complaints about the registration of industrial property rights and settlement thereof

a/ The time limit for lodging a first-time complaint shall be 90 days from the date the person having the right to complaint receives or knows about the decision or notice on the processing of his/her industrial property registration application;

According to (i) Decree 103/2006/ND-CP (ii) Law on Complaints 2011 and (iii) practice of Intellectual Property office of Vietnam which has been applied long before January 15, 2018, the three-month deadline for responding to provisional refusal for international registration would be computed from the date of receipt of the WIPO’s notice by the applicant (date of notification by WIPO to the holder or the date when the applicant was aware of the refusal notice).

Currently, the calculation of the time limit for replying to the refusal notice of Circular 01/2007/TT-BKHCN and Circular 16/2016/TT-BKHCN are in conflict with the ones under Decree 103/2006/ND -CP and Law on Complaints 2011 –two legislative documents with higher legal validity. According to the two circulars mentioned above, the time limit for filing a response will be computed from the date the IP Vietnam sends the refusal notice – (1) Date on which the notification was sent to WIPO, not (3) date of notification by WIPO to the holder.

Within three months after the IP Vietnam sends a notice on its refusal, the applicant may lodge a complaint about the IP Vietnam’s refusal. Procedures for lodging and settling complaints shall be carried out as for mark registration applications filed directly with the IP Vietnam. Results of complaint settlement shall be notified by the NOIP to the International Bureau and the applicant.

Circular No. 16/2016/TT-BKHCN amending Article 41.6d – Circular No. 01/2007/TT-BKHCN: “Within 03 months from the date the NOIP sends a notification of provisional refusal for part or total of the goods or services, the applicant has the right to correct the omissions or to object to the IP Vietnam’s intended refusal.

– In term of legal regulation, Circular is a legislative document with lower legal validity than Decrees and Laws and has been executed for the purpose of guiding and explaining the implementation of Decrees and Laws. In case the Circular contains contrary provisions to the Law and Decree, the provisions of the higher legal document shall be applied. Articles in the circular containing provisions that are inconsistent with higher legal documents may be considered as illegal provisions and will be suspended or annulled according to Law on Promulgation of Legislative documents.

– In term of practice: the legal practice of calculating the time limit for requesting review to a notice of refusal from the date of receiving/knowing the notice of WIPO – (3) Date of notification by WIPO to the holder has been uniformly applied by the IP Vietnam long before January 15, 2018 (the time when Circular 16/2016/TT-BKHCN took effect) and brings lots of benefits to applicants. Only from the date of receiving WIPO’s refusal notice, the applicant can be aware of the refusal, therefore, they can consider giving appropriate options/strategy to overcome deficiencies.

In fact, the IP Vietnam’s notice of refusal sends to WIPO can be considered as an internal conversation between IP Vietnam and WIPO which is confidential (means the applicant is not able to know the date of sending). The applicant can only be aware of this date until receipt of the WIPO’s refusal notice which is around 25-35 days late from the date of sending of IP Vietnam to WIPO. Consequently, the period for responding to the refusal of the applicant is shortened and in some cases, the time limit may be less than 2 months only. Obviously, this is serious disadvantage for distant applicants, foreign applicants and their Intellectual Property (IP) representatives in Vietnam since all required tasks such as: contacting/finding a legal IP representative in Vietnam, collecting necessary documents/evidences, executing Power of Attorney, notarizing and legalizing documents, etc. can only be carried out in a very short period of time. We also mention to the cases with force majeure and/or unexpected hardships/disruption so that the applicants may be unable to exercise their right by providing opinion to the refusal notice. Thus, regulations in these situation might not protect legitimate interests of applicant of international registration.

Moreover, the inconsistent of method to calculate time limit of IP Vietnam will also lead to confusion to applicants. In many cases, even owner of trademark application responded to the refusal notice, the response would not be examined and IP Vietnam would likely issue official refusal decision because the case was considered as overdue deadline (under the new practice but still within the time limit under the old practice). In those cases, the legal regulations were not able to support the applicant at best.

From the above arguments, in order to ensure the right to respond and appeal of the applicants of International registration in accordance with the law, it is our point of view that the calculation of time limit for responding to provisional refusal should be in accordance with Decree No. 103/2006/ND-CP and the Complaints Act 2011. In particular, the time limit for replying should be counted from the date when the applicant receives WIPO refusal notice – (3) Date of notification by WIPO to the holder.