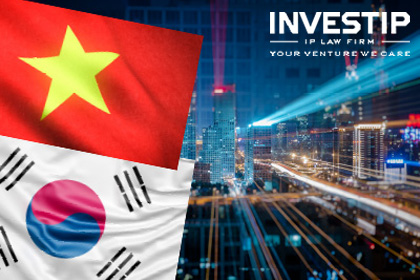 The PPH pilot program conducted between the Intellectual Property Office of Vietnam (IPVN) and the Korean Intellectual Property Office (KIPO) will, as scheduled, end on 31 May 2021, commencing on 1 June 2019 and lasting for two years. The discussions with the IPVN have shown that the program would be extended for two years, until 31 May 2023 and the provisions of the extended program, such as the provision on the number of PPH requests would be the same as those of the current program.

However, Korean applicants might not learn the efficiency, attention to the program is not much paid. Under the program, the IPVN will receive 100 PPH requests at a maximum each year. Unlike a similar program with the Japanese Patent Office (JPO), in which such a similar limit on the number of PPH requests is often reached quite quickly; in the first year of the Korea – Vietnam program, only 49 PPH requests were filed. The last year is coming to end (31 May 2021), but so far, less than 100 PPH requests have been filed. According to statistics from the IPVN, the number of Korean patent applications filed with the IPVN in the period of 2019-2020 ranked fourth, accounting for about 12.5% ​​of the total patent applications filed in Vietnam.

The IPVN has signed two PPH program agreements so far: this program and the program with the JPO mentioned above. It is expected that the IPVN will soon discuss signing other PPH agreements for the benefits of applicants from the United States, Europe, China, etc.

Should you require any further information on details of the program and possible formalities shortcomings, please contact us at patent@investip.vn