Vietnam: JP-VN PPH requests can be filed from 1 April 2022 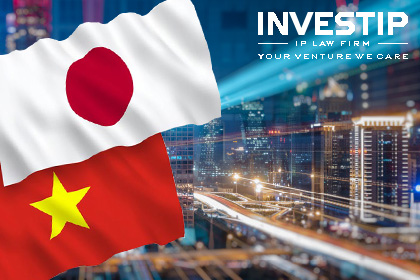 On 30 March, the Intellectual Property Office of Vietnam (IPVN) just announced that Phase 3 of the Patent Prosecution Highway (PPH) pilot program between the IPVN and the Japanese Patent Office (JPO) will start on 1 April 2022, lasting three years until 31 March 2025, with 200 PPH requests limited for each year.

Accordingly, PPH requests can now be filed from 1 April 2022. The previous phases have indicated that the quota of PPH requests will likely be full quickly. Applicants should promptly take necessary actions for the PPH requests to be filed as soon as possible.

Like Phase 2, as mentioned above, Phase 3 lasts three years and each year of the phase consists of two stages: The first stage lasts from 1 April to 30 September and the second stage lasts from 1 October to 31 March of the following calendar year, with 100 requests for each stage. Accordingly, Phase 3, as well as Phase 2, has six stages. If the number of the PPH requests filed in the first stage does not reach 100, the remaining requests will be accumulated for the second stage; when the total number of requests in that year reaches 200, the IPVN will stop receiving requests. According to the IPVN’s Guidelines for Phase 3 posted on its website, the requirements for an applicant to file a PPH request, documents to be submitted, and procedures to proceed for Phase 3 are the same as those for Phase 2.

Phase 2 ended on 26 January 2022 (please see our article: https://investip.vn/vietnam-jp-vn-pph-pilot-program-ending/). After evaluating Phase 2, the IPVN and JPO decided to extend the pilot program for Phase 3 as reported above.

A research was made in 2021 on all the patent applications with a PPH request filed until then. The research indicated that 98.5% of the applications were patented without amendment after the PPH request, while the rest (1.5% of the applications) received office actions; but, the office actions mainly related to formality shortcomings of the specification only. The research also showed that the examination results were issued early or on time. However, in Phase 2, it is worth noting that in Stages 1 – 3, the quota of 100 requests for each stage was reached on their initial days, whereas it took many days to reach the quota in Stages 5 and 6; the details are indicated in our above article.

Should you require any further information or assistance, please contact us at patent@investip.vn.