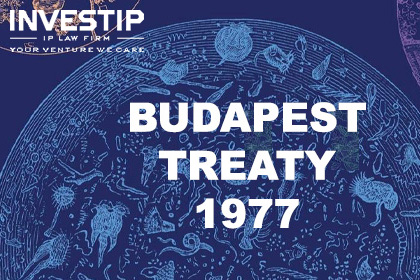 Under Circular 01/2007/BKHCN, for inventions involving biological materials which are not describable or cannot be described fully to the extent a person skilled in the biotechnology field can carry out the invention, a deposit of the biological material with a competent authority is required. Also, such a competent authority must be designated or recognized by the Ministry of Science and Technology. However, there has not yet been an official list of such authorities issued. By joining the Budapest Treaty, such patent applicants now can evidently deposit such materials with international depositary authorities (IDAs) of the Treaty in preparing their patent applications.

As noted in WIPO documents, the main feature of the Budapest Treaty is that a Contracting State which allows or requires the deposit of microorganisms for the purposes of patent procedure must recognize, for such purposes, the deposit of a microorganism with any IDA, irrespective of whether such authority is on or outside the territory of the said State. In other words, one deposit, with one IDA, will suffice for the purposes of patent procedure before the national patent offices of all of the Contracting States of the Treaty.

With the above advantages of the Treaty, this accession is really a good news and is very welcomed by patent applicants. Vietnam is a member of the Comprehensive and Progressive Agreement for Trans-Pacific Partnership (CPTPP). Under the CPTPP, Vietnam will have to accede to the Budapest Treaty and this is one of the reasons for this accession.

As a current issue, there has been a discussion in Vietnam – whether Vietnam should establish an IDA under the Budapest Treaty – this is not an obligation under the Treaty, but should be considered. Almost of Vietnamese experts believe that this issue must be researched comprehensively and fully.