VIETNAM – THE NEW VERSION OF THE INTERNATIONAL PATENT CLASSIFICATION (IPC) (2023.01) APPLIED FROM 1 JANUARY 2023 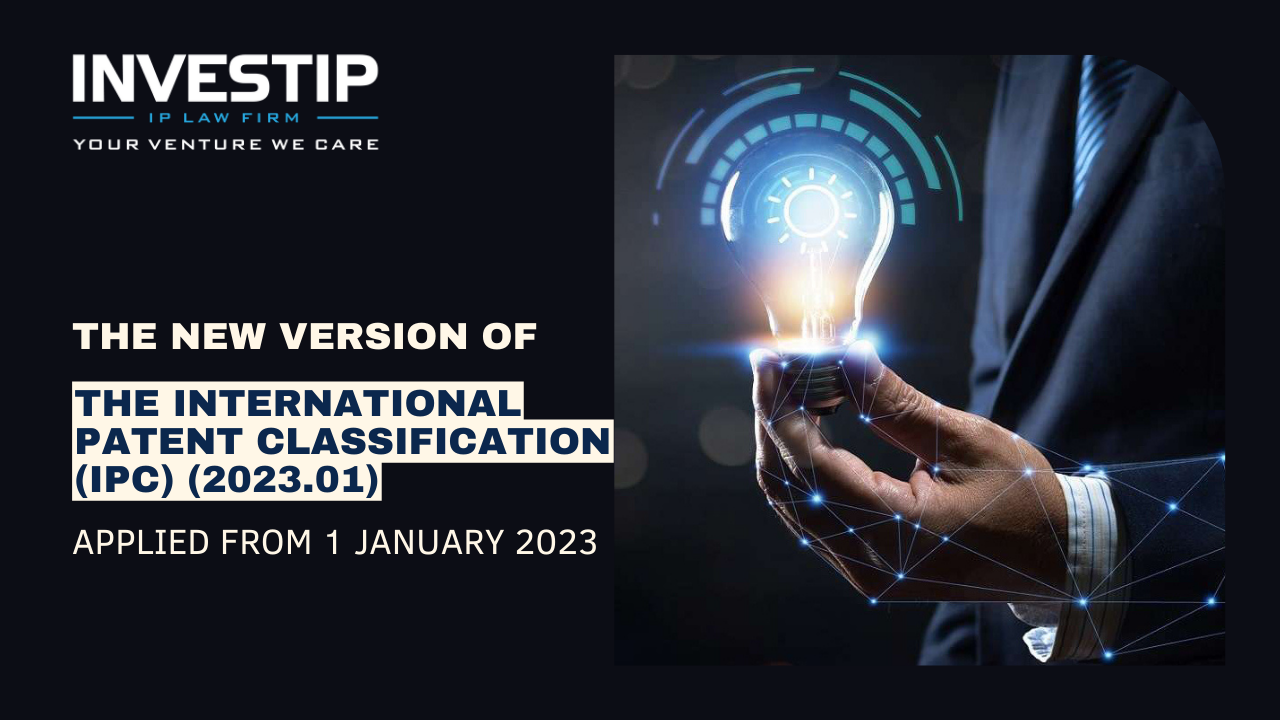 The Intellectual Property Office of Vietnam (IPVN) has just issued Notice No. 11220/TB-SHTT dated 20 December 2022 to inform that the IPC Version 2023.01 under the Strasbourg Agreement concerning the IPC will be applied in Vietnam from 1 January 2023.

Currently, there are 65 States Parties to the Agreement, however, the IPC is used by the patent offices of more than 100 States. The authentic IPC versions are available in English and French, with translations in many other languages including Chinese, German, Japanese, Korean, Polish, Portuguese, Russian and Spanish, etc. Like other countries, although Vietnam is not a member of the Strasbourg Agreement, Vietnam has no its own patent classification system and uses the IPC as the official one. In the above-mentioned Notice, the IPVN has also noted that a Vietnamese translation of the IPC Version 2023.01 will be provided in the web portal of the IPVN at www.ipvietnam.gov.vn

The IPC provides for a hierarchical system used for classifying patents/utility models according to the different areas of technology to which they pertain, in which a new version of the IPC enters into force each year on January 1. The IPC is now to be considered as the unifying system of patent classification worldwide.

As a precise, effective and easy-to-use tool for classifying patents/utility models, the IPC divides technology fields into eight sections (A-H) with approximately 75,000 subdivisions, each represented by a language independent symbol consisting of Latin alphabet characters and Arabic numerals.

Unlike many countries where the patent offices are responsible for classifications, in the above -mentioned Notice, the IPVN has also reminded that under Point 23.5 of Circular No. 01/2007/TT-BKHCN amended under Circular 16/2016/TT-BKHCN dated 30 June 2016, the applicant is required to indicate the IPC symbols, including sections, classes, subclasses, groups (or subgroups), in the item “International patent classification” of the application form. If the applicant does not classify or incorrectly classify, the IPVN will classify and charge a fee for the same as regulated.

By Do Tuyet Nhung