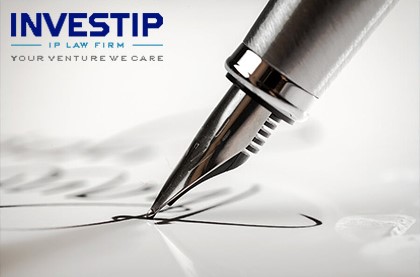 Notice No. 6959/TB-SHTT just issued has settled controversial contents of Notice No. 13822/TB-SHTT of signatory on IP documents.

According to the latter Notice issued on 23 November 2020, in general, the signatory for a company IP applicant on an IP document like a power of attorney (POA), an assignment of a granted patent or a pending application must be the legal representative of the applicant, the compliance check would be when checking such a document filed, if the Intellectual Property Office of Vietnam (IPVN) found that:

This was a burden to IP applicants, Vietnam IP Agents like INVESTIP protested against the IPVN about the signatory issue. Some of such comments tried to prove that the content was not lawful. After that, the IPVN, in practice, only carried out the compliance check for documents on procedures relating to “IP right” (when withdrawing an application, the signatory of the POA was checked and when assigning an IP case, the signatory of the POA and assignment was checked for the compliance).

As mentioned above, Notice No. 6959/TB-SHTT was just issued on 14 July 2021, stating that the compliance check will not be carried out for all proceedings including withdrawal or assignment cases mentioned above. But, the Notice has also clarified that the legal representative will take responsibility for any issues in connection with such filed documents if raised.

In general, IP documents would naturally be signed by persons who have the competence to sign them. The compliance check under the previous Notice caused a controversial burden to IP applicants. The new Notice has eliminated the burden by not checking, and as a result, not requiring additional documentation. For example, a person in a company assigns an IP case (signing the assignment filed with the IPVN), but that person does not have the competence to decide the assignment, and another person does not agree with this, then the two persons should bring the matter to court for trial, not involving with the IPVN. The current Law on Intellectual Property should be understood as not providing provisions binding the IPVN’s responsibility to such disputes. Therefore, new Notice 6959/TB-SHTT is reasonable and a good news – overall, the practice of this issue has been back to the previous one.